Custom fonts have finally come to IOS devices! So how can one add their custom fonts to their iOS 13 devices?

That’s right folks you read that headline correctly. Along with the new IOS 13 software update Apple unveiled during the WWDC 2019, Apple has indeed rolled out the ability to use different fonts on all IOS devices. However, as it’s in early stages, you can’t alter the entire system font and you’re limited to utilizing it on selected apps. As of the time of posting, the custom fonts are only compatible with certain Apple stock apps and iWork apps, mainly Pages, Keynote, Mail, and Numbers.

Nevertheless, Apple has confirmed various partnerships, especially with Adobe. Thus, allowing custom fonts to be compatible with the upcoming Photoshop and Illustrator app that’ll hit the App Store soon. In our opinion, designers, in particular, will see more benefits to using this feature as well. Nevertheless, the average person, like you and me, can also find this underrated feature to be really useful.

From sending personalized emails to being able to create a desktop-quality document from your own iPhone. This new feature lets you take personalizing your iPhone to the next level. Especially with more apps and services beginning to adopt this functionality, we’ll see more use to this feature soon.

On that note, this guide teaches you step-by-step on adding custom fonts to your IOS device and how to use them.

So if that seems interesting to you, let’s get right into it.

a) Using Custom Fonts in the Mail App

b) Using Custom Fonts in the Pages App

Since Apple announced it’s partnership with Adobe, IOS users can access all the custom fonts in the Creative Cloud platform, just like on desktop, right on their devices with compatible apps.
However, to obtain access to all 17000 fonts, you need a paid subscription with Adobe. If not, no worries, you can also sign up for an Adobe ID without a paid subscription for free, and still be able to utilize over 1300 high-quality fonts. For this to work, your IOS device needs to run IOS 13.1 or newer firmware. So do check your IOS device software version first. Then, go to the App Store to download the Adobe Creative Cloud app which is free to download. 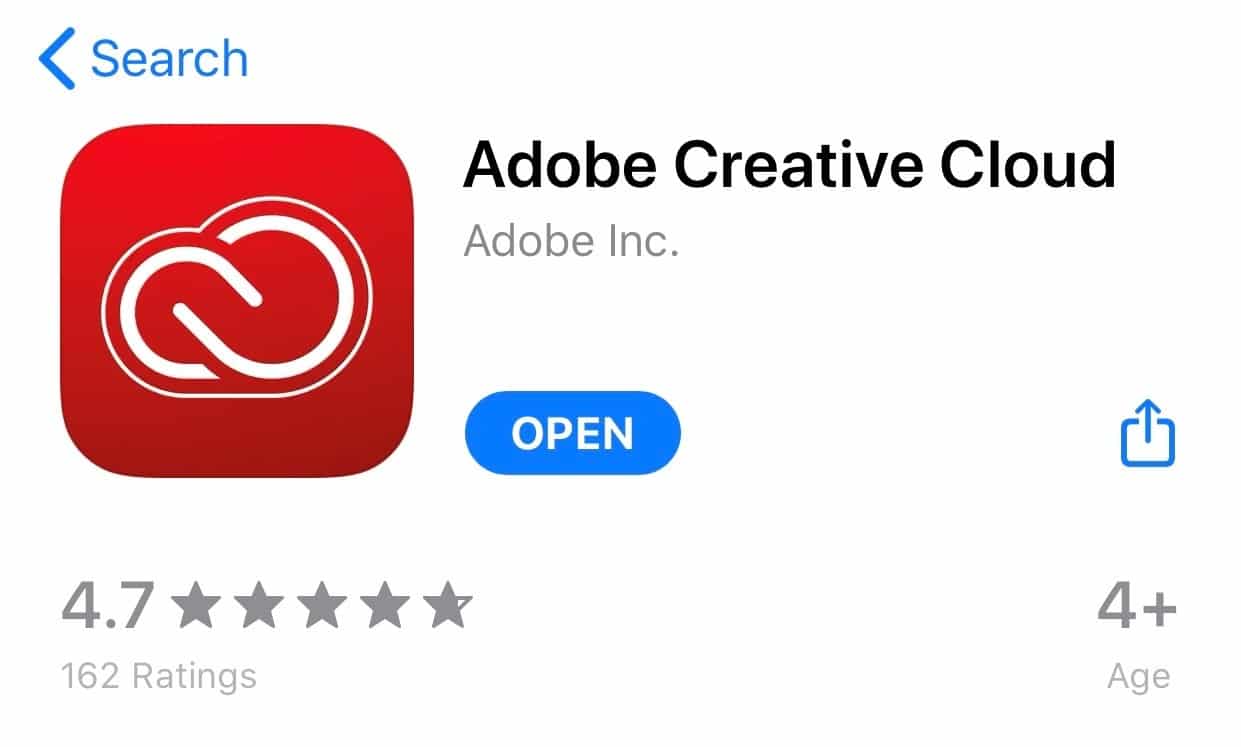 To install fonts from the Creative Cloud app: 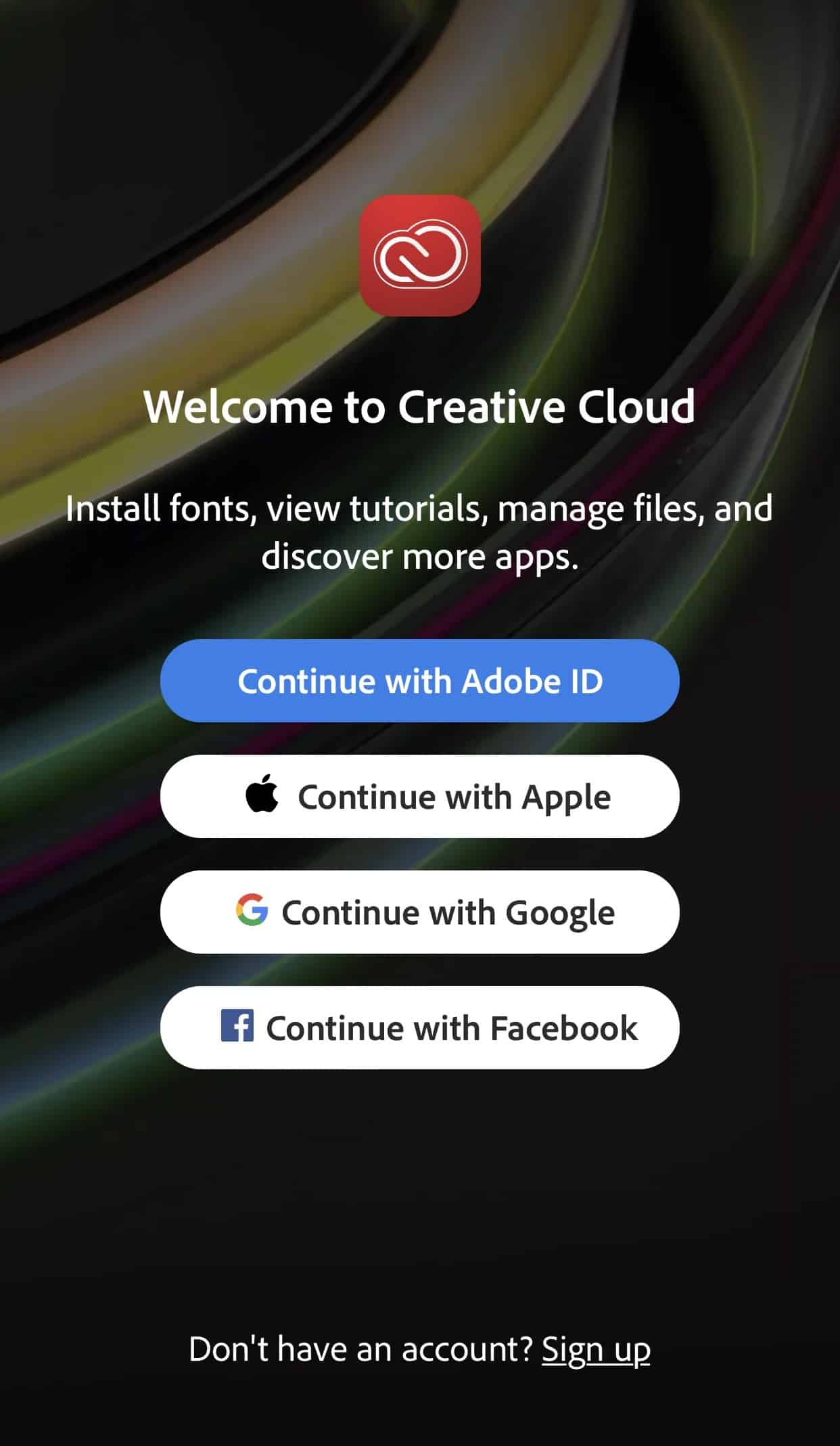 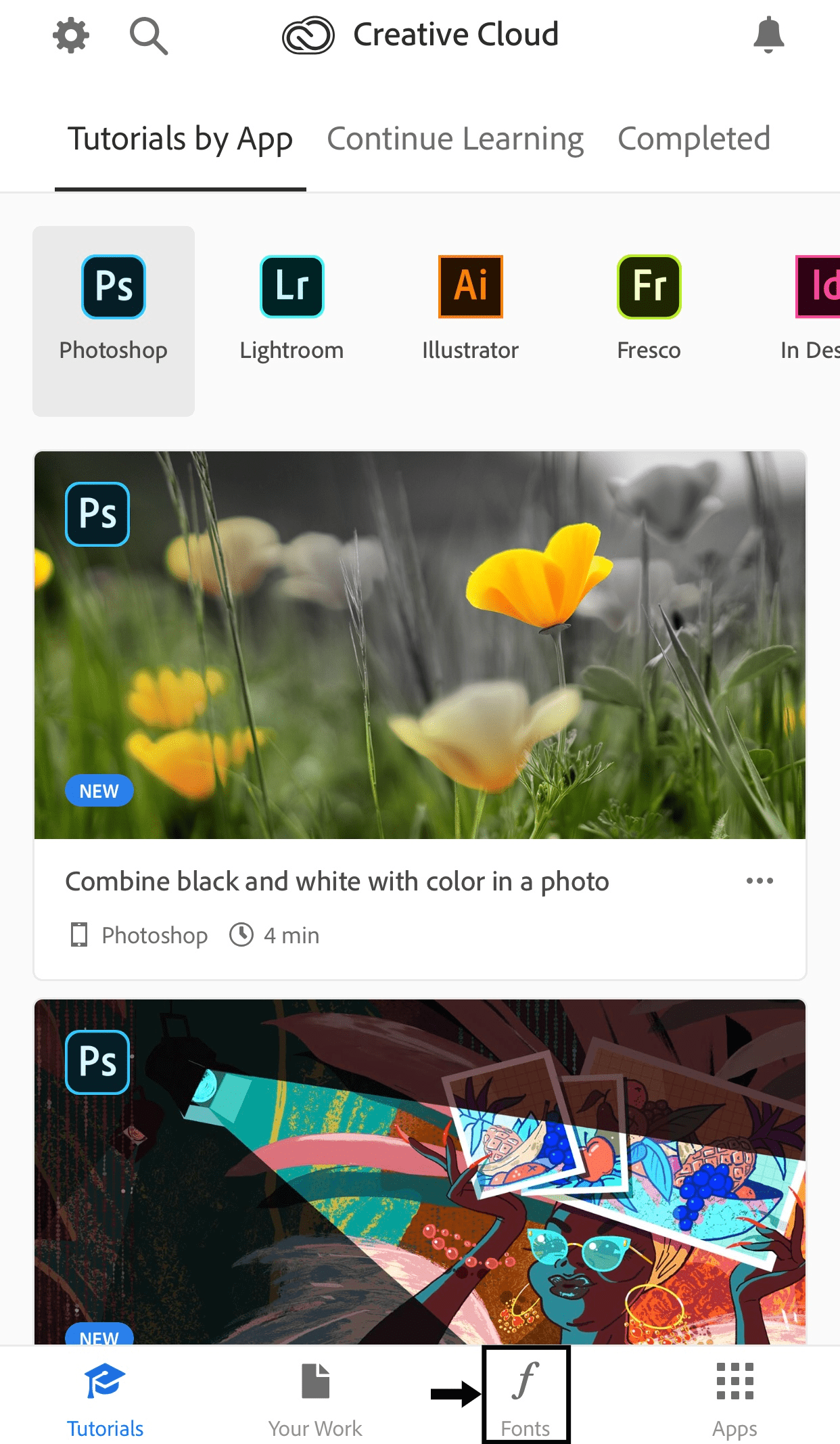 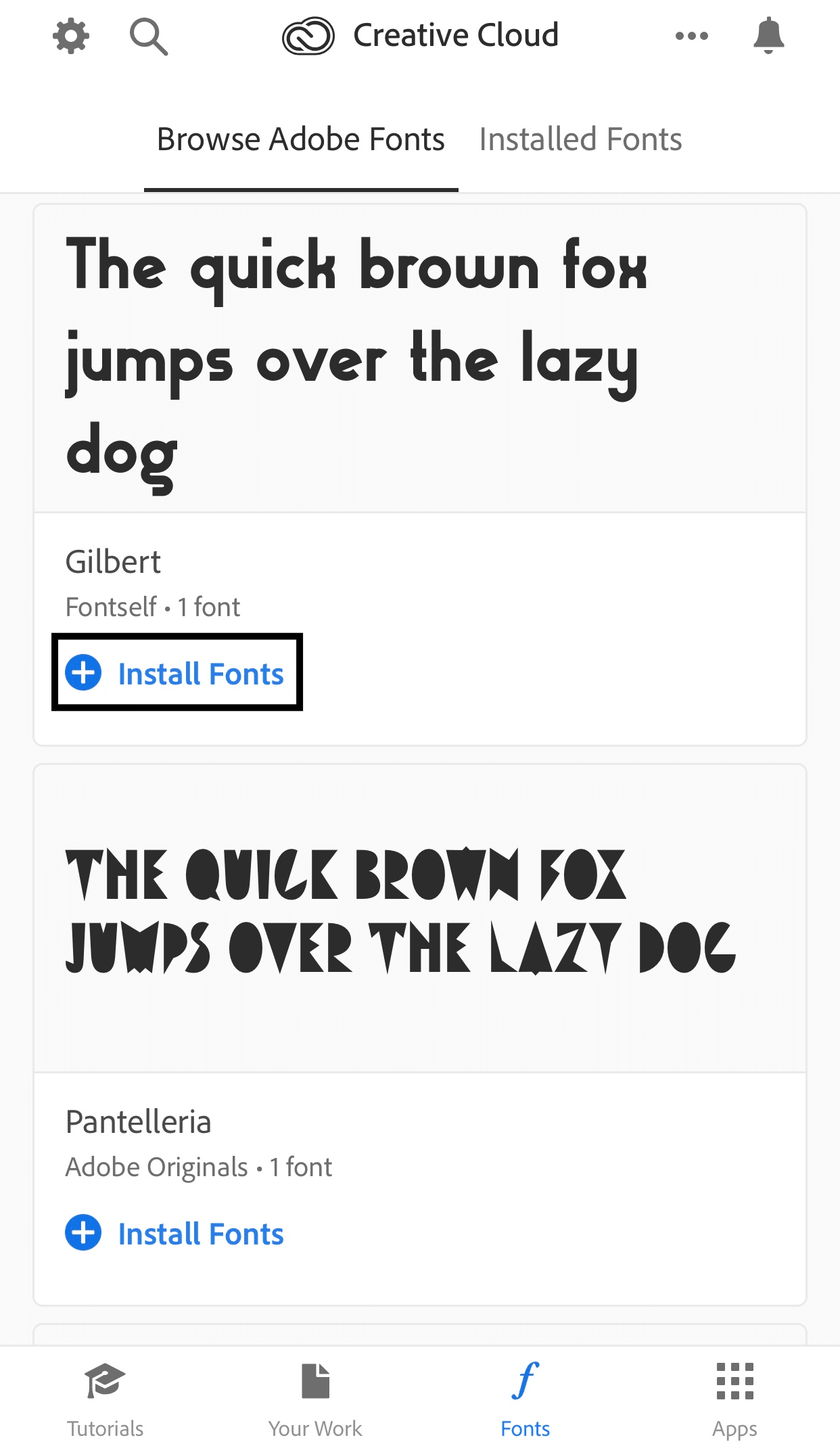 Just through those 4 short steps, your newly-downloaded font should be automatically installed onto your IOS device, with no issues. Besides that, you can view your installed fonts, by opening the Settings app, go to General, then tap on Fonts.

Since Apple rolled out the custom fonts feature along with IOS 13, multiple font installer apps have surfaced in the App Store. Thus, there are plenty of options for you to explore to obtain the font you need. Keep in mind, most of these apps contain premium fonts that require you to pay a small fee as well as free fonts options. For instance, we went with the Font Diner app as it’s one of the earliest apps, and navigating it is a cakewalk. You can find it as a free download on the App Store. Although, it does contain some premium fonts that you need to pay for to acquire. 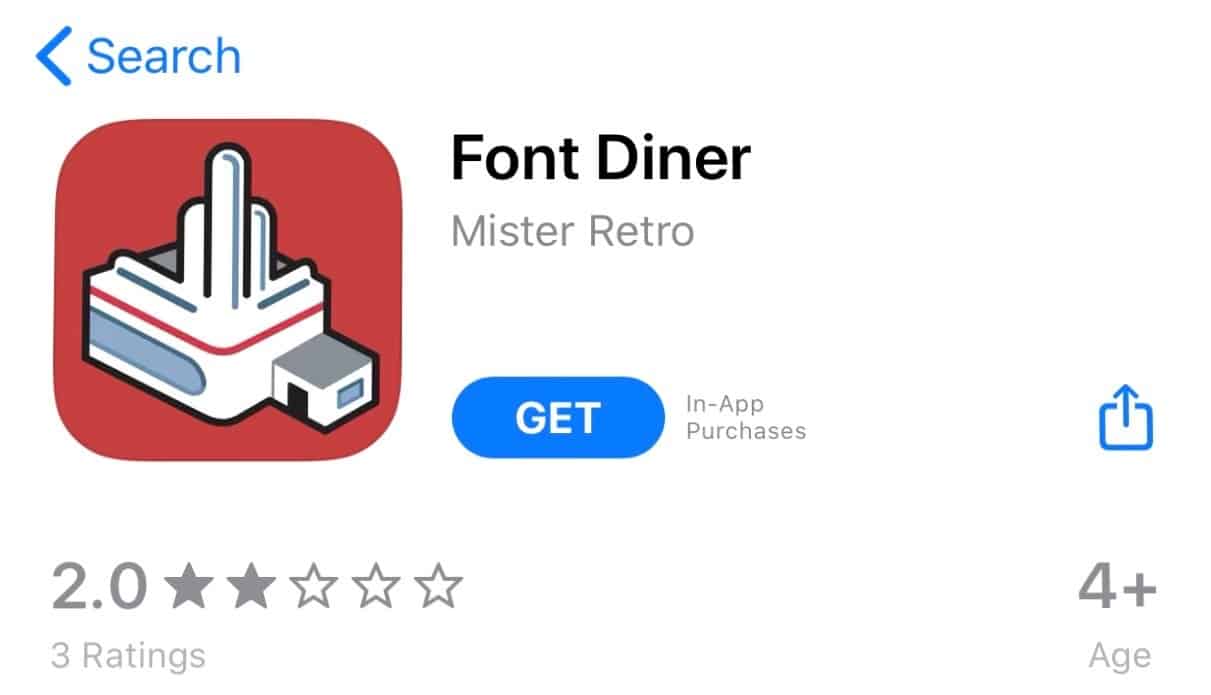 2. Then, tap the Activate button next to the first font with the subtitle “Free for personal usage only”. This installs any of the free fonts. If you desire one of the more premium fonts, tap Activate next to the premium font that appeals to you, but do note that those do come at a price. 3. After that, tap Agree at the pop-up, and tap Install at the subsequent prompt. And it’s that simple to install custom fonts if you choose this option instead. The steps are almost identical if you use alternative font apps as well, so feel free trying different font apps.

The only drawback of this method is, unless you pay for a premium font, you may not obtain a particular font you had in mind. However, we find that the free fonts are good enough for the average person too, and if you’re not going for any “over-the-top fonts.“

Downloading and Installing Custom Fonts on IOS 13 from Safari

This option is preferable if you already have a particular font in mind that you would like to try out. Through this method, you can get premium fonts for entirely free, that otherwise, you would have to pay a small sum. For this method, ensure that the font file is downloaded in the OneType File(.otf) or TrueType File(.ttf) format. Other than that, you’ll need to download a font installer from the App Store, such as the iFont app. 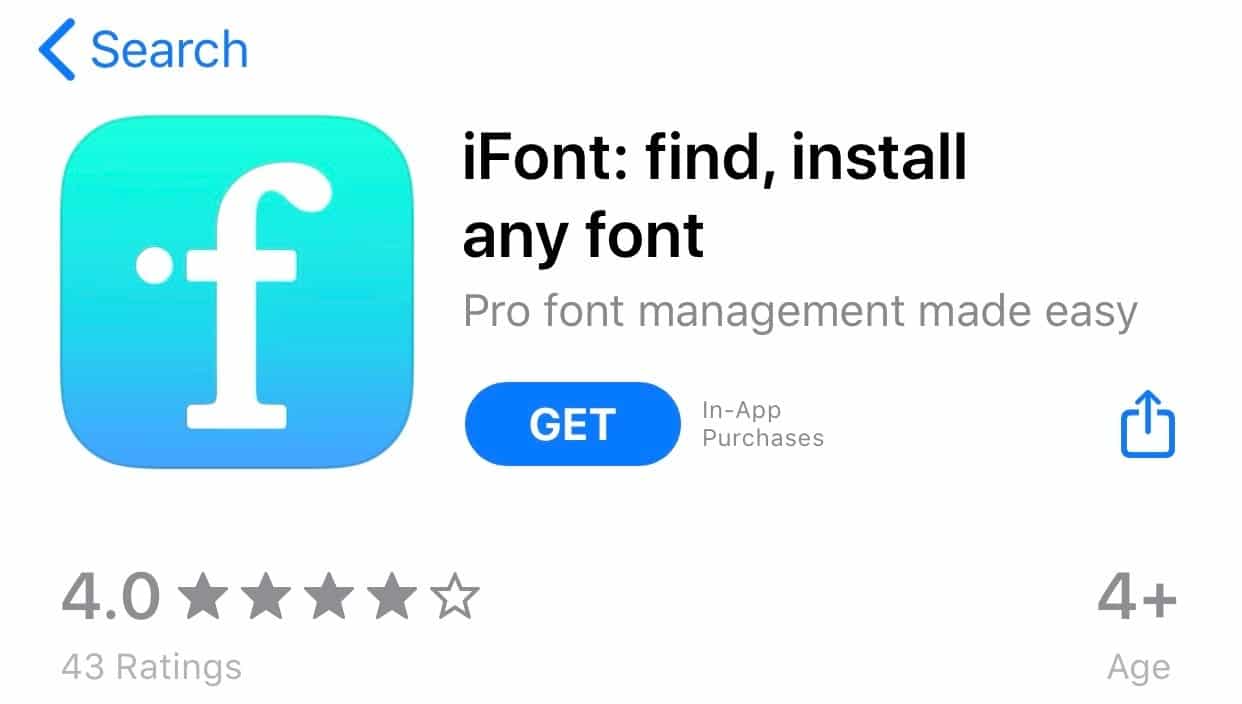 For this example, we went with iFont as the app is free and supports zip archives, ttf, otf, and ttc (TrueType Collection) files, which are the most common font file formats. On a side note, you can also import fonts directly from Google Fonts or Dafont easily with iFont, just by selecting Get Fonts from the lower bar and selecting your desired source.

This method may seem relatively lengthy compared to the other two, however, by carefully following the steps below, the whole process can be a lot simpler.

For instance, we searched the term “Roboto regular font download” and proceeded to download the font from Font2s.com. Font2s has a vast collection of fonts, ranging from different types that can fit your needs. However, obtaining the font may be time-consuming, and the website does contain minimal ads. Other than that, there are alternative options to download your desired fonts, such as Fawnt, Font Zone, and Font Squirrel. So, see which site suits you best. 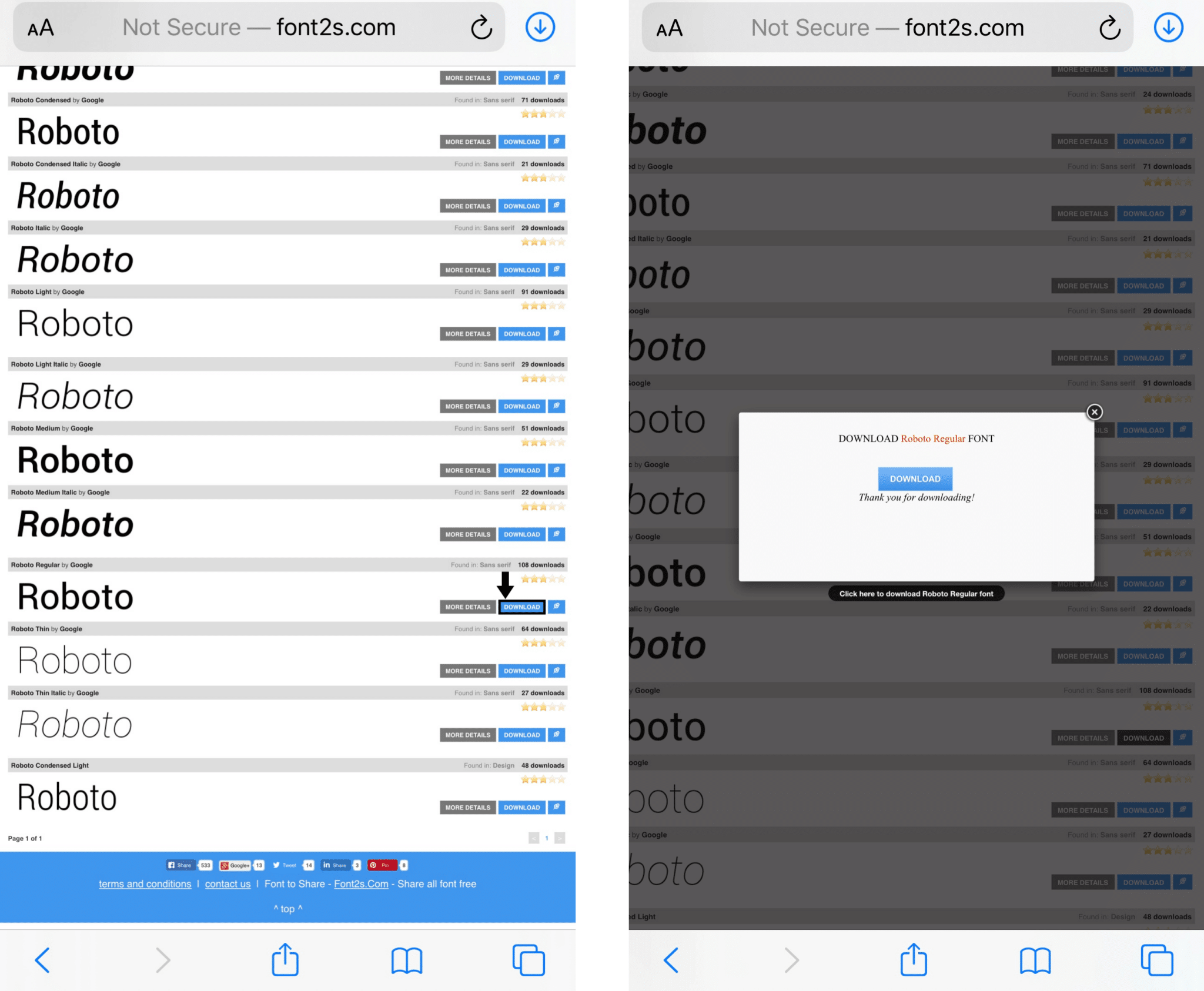 If not, proceed to General, then Profile, and you should see the downloaded profile there. 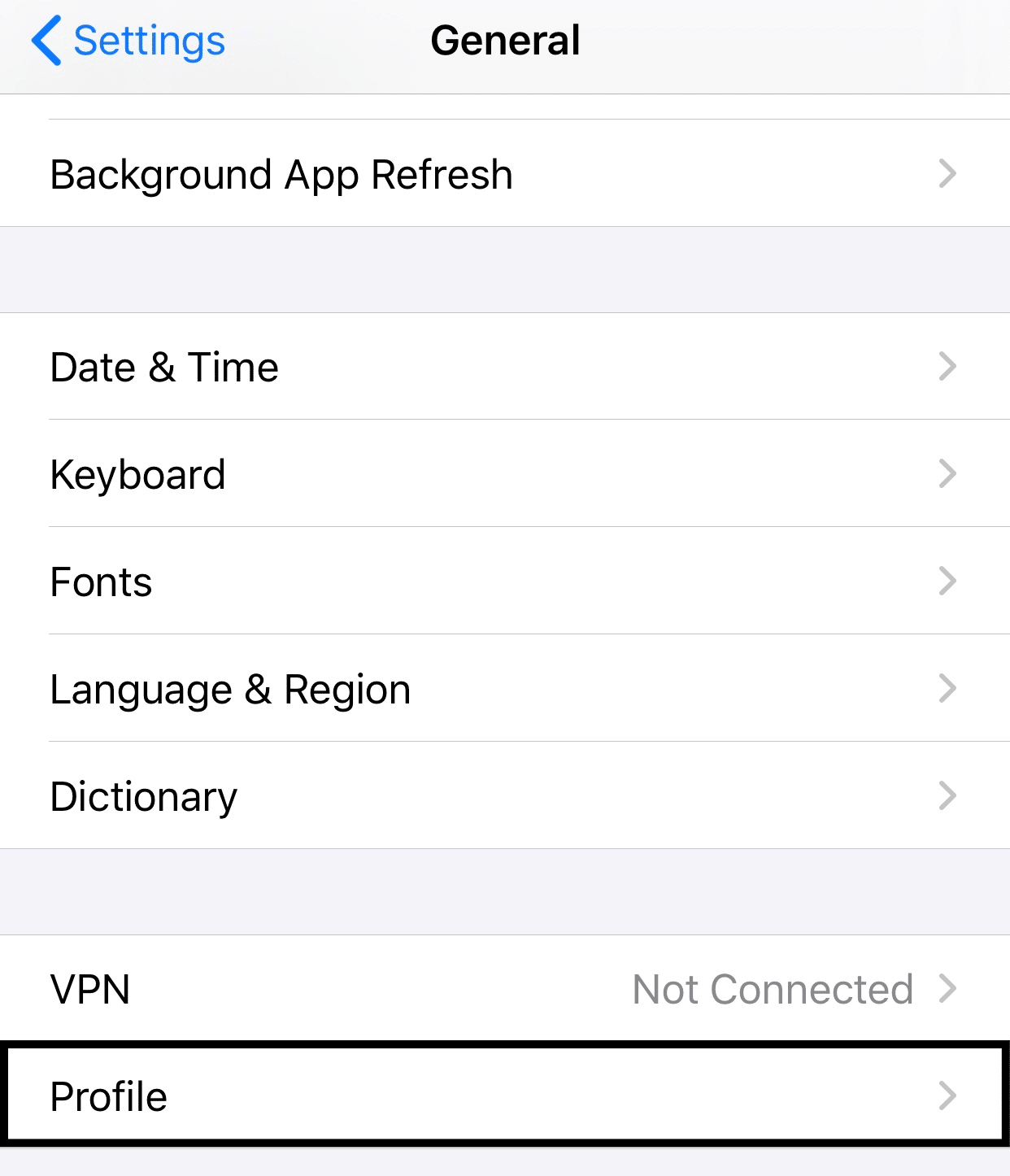 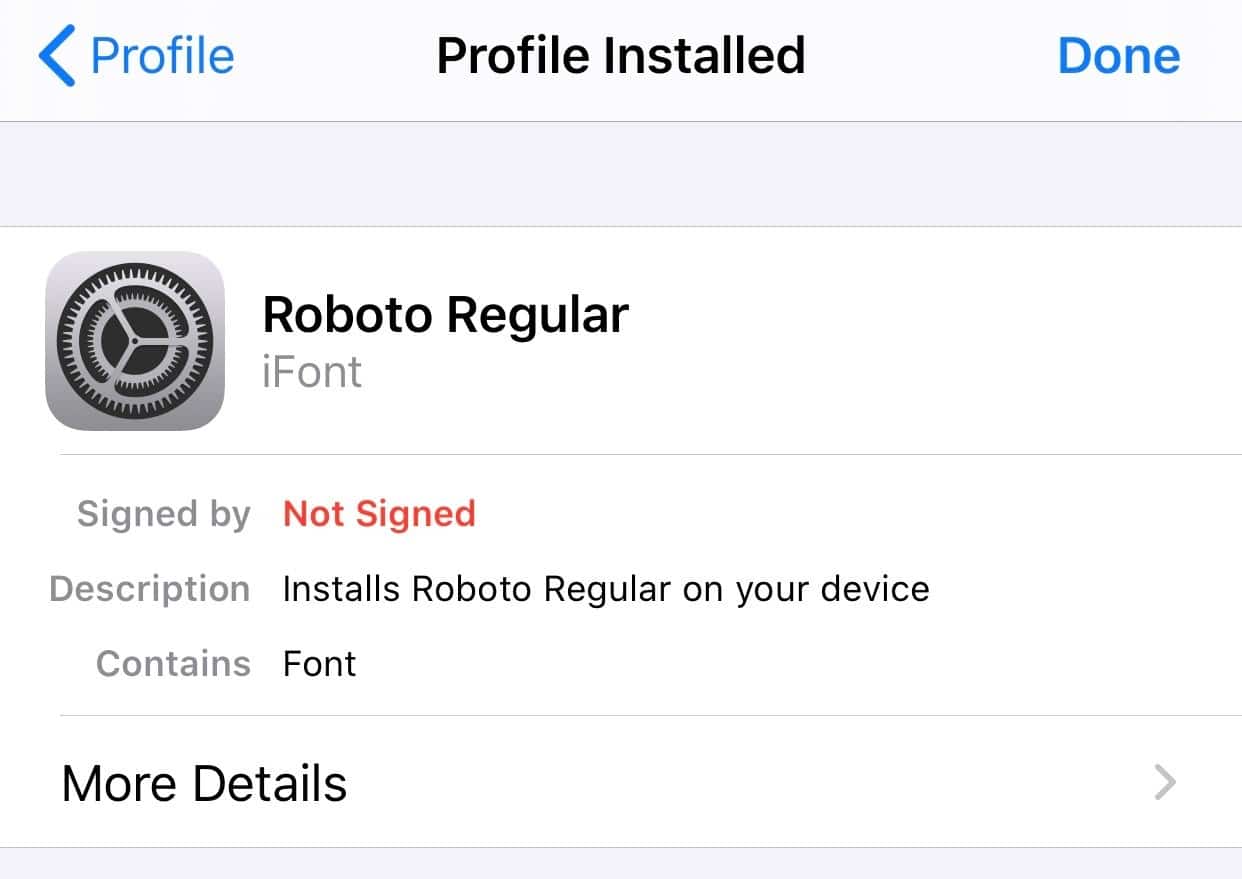 With that, you’ve successfully installed a custom font from Safari onto your IOS device. As you can see, the process isn’t too tricky, however, it can be complicated if you don’t possess the steps to install these font files. Nonetheless, the effort is truly worth it if you desire a premium-looking font. Feel free to repeat the steps to obtain multiple different fonts for your extensive font library.

If at any time you do wish to delete the font, for this particular method, you’ll need to delete the configuration profile that you installed earlier. To do this, go back to the Settings app, General, Profile, and tap on the font profile. After that, tap Remove Profile. You will need to key-in your passcode to authorize that the profile is deleted. Then, tap Remove again.

Thus, you’ve reversed the installation of that profile from your IOS device.

How to Manage and Remove Fonts on IOS 13?

After installing your fonts, you’ll need to check whether the fonts are viewable and accessible, proving that the installation went smoothly. To do this, just open the Settings app, go to General and tap on the Fonts tab. You should be able to see the fonts you’ve downloaded and installed appear on the list in alphabetical order. By tapping on the fonts individually, you can see detailed info regarding the font as well as to view the typeface of the font.

At some point, you might get bored of your once-beloved fonts. Not to worry, it’s really straightforward to uninstall or remove all traces of the fonts from your device.

To do this, you can either swipe left on the font you wish to delete, then tap Remove. 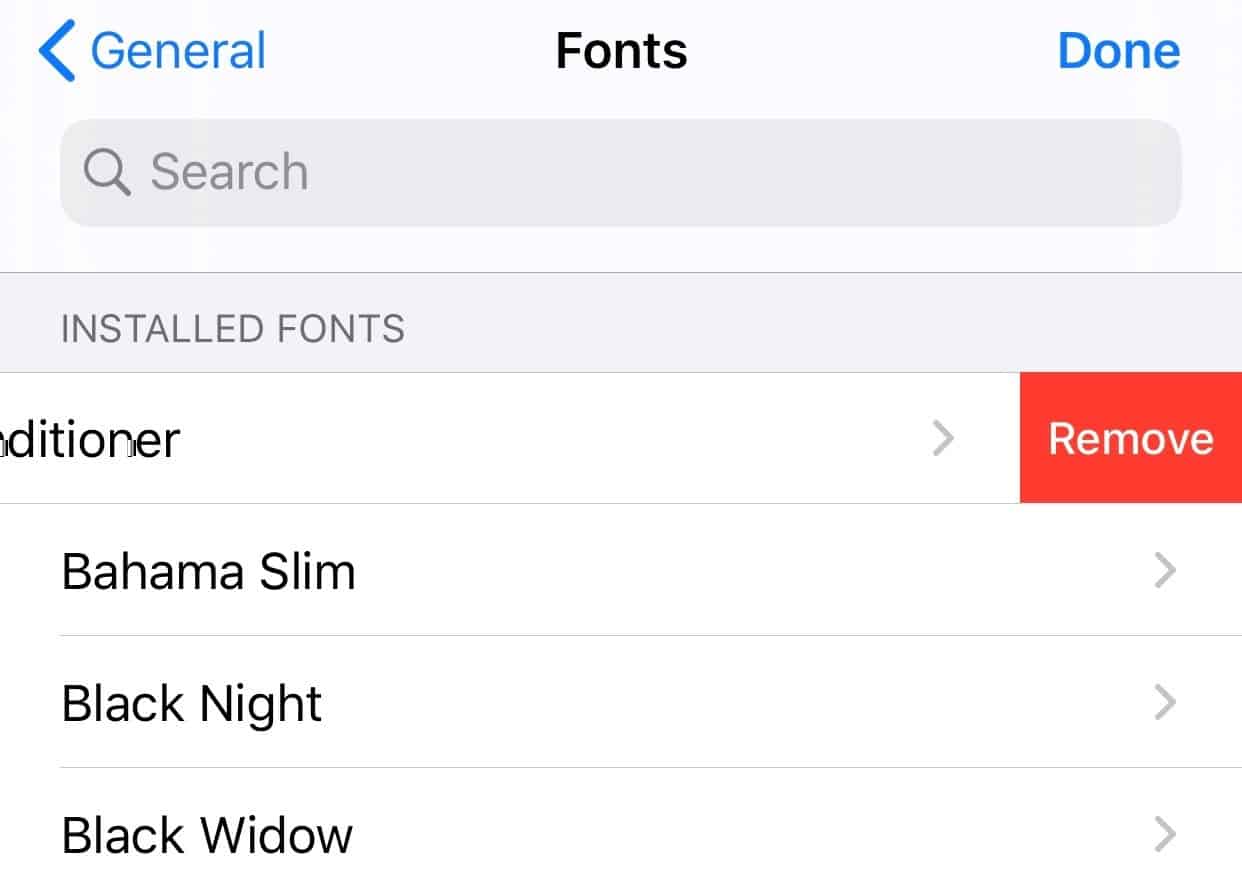 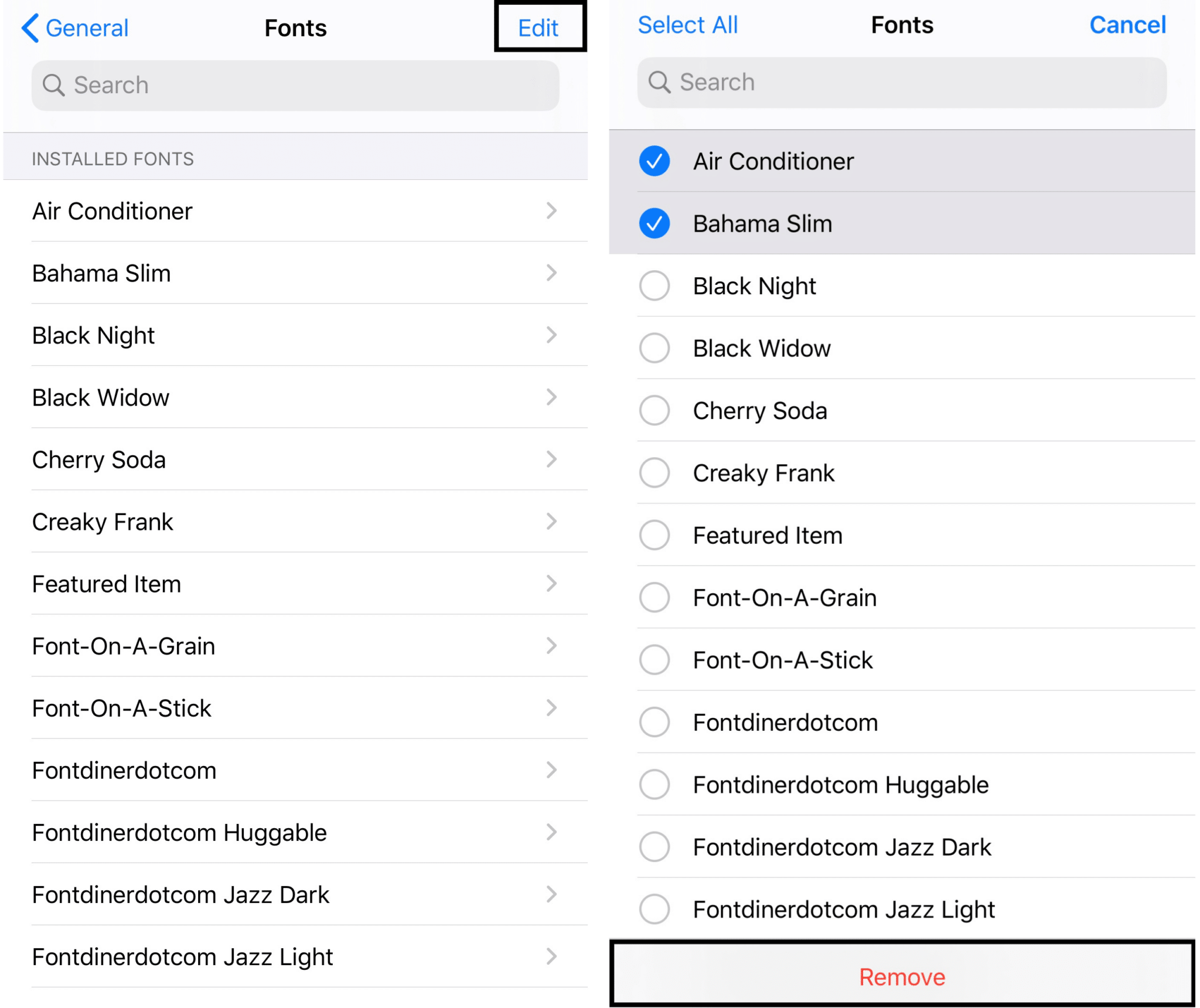 Since there are only a handful of applications that can utilise custom fonts on IOS 13, thus, we narrowed the guide down to using the fonts on the Mail app and the Pages app. This is because these two apps are the most used out of Apple’s stock apps. Nevertheless, fret not, as the steps are very much identical for other similar apps as well.

Now, with custom fonts, you can type out “uniquely-designed” emails from the comfort of your iPhone, which before this, would require you to get on an actual desktop. To utilise your custom fonts in Mail: 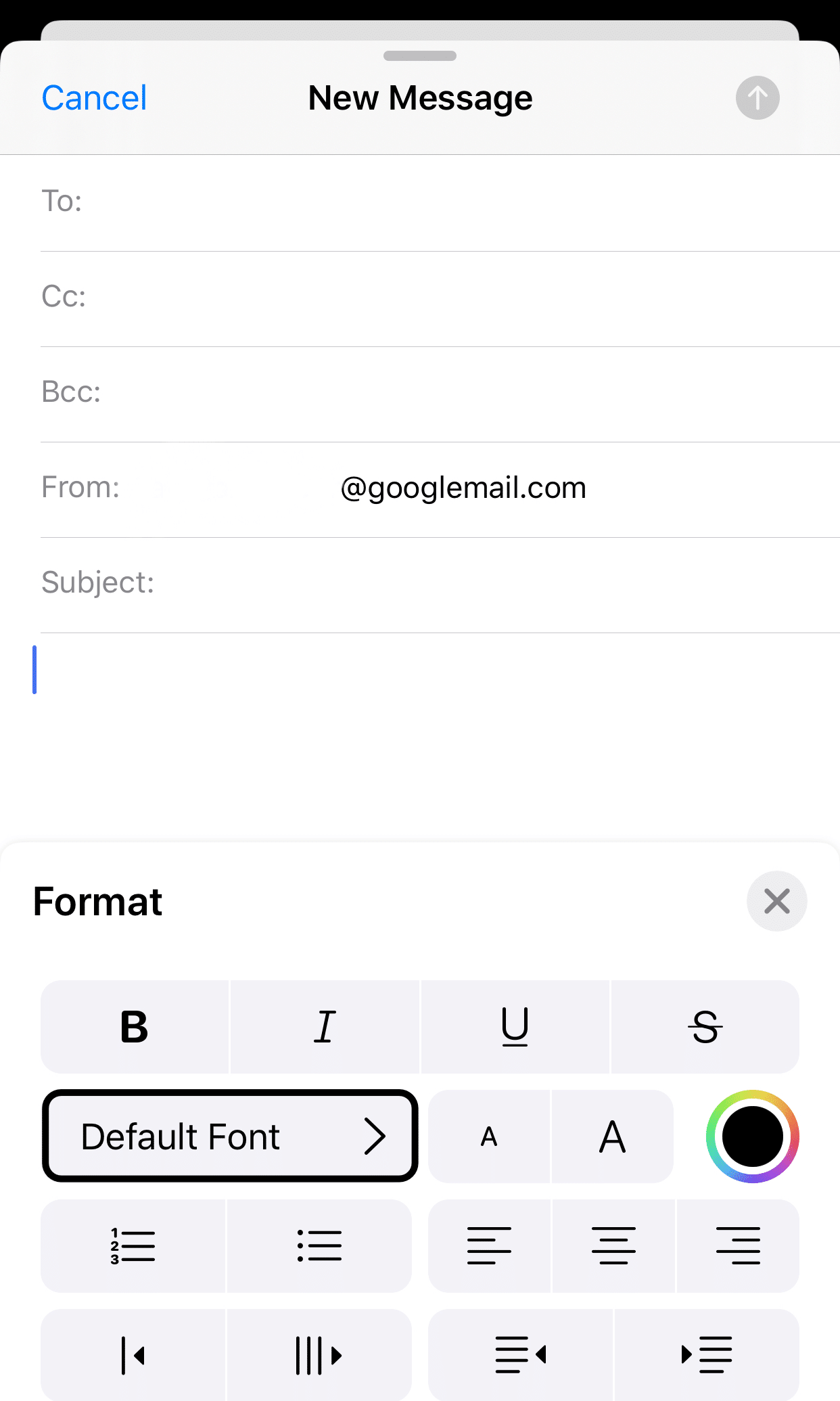 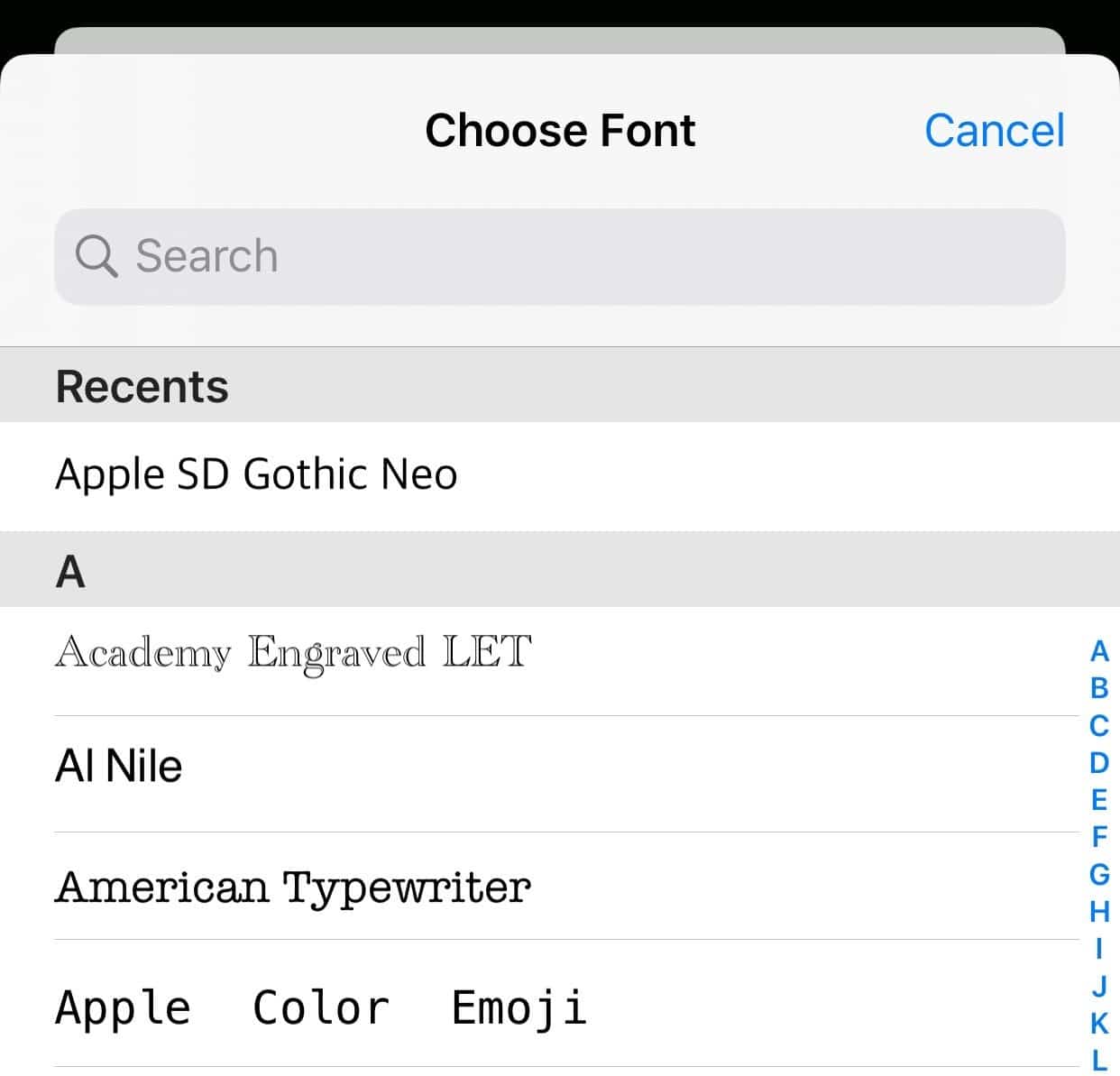 With that, why not try typing your next email with an “all-new” font? You’ll undoubtedly grab the attention of the reader with mesmerizing typography.

Firstly, open the Pages app and add a new document by tapping the + icon at the upper right corner, or just open an existing document. Once you’re on the document page, select the text and tap the paintbrush icon at the top bar. After that, select the tab entitled Font, which brings up a list of fonts you are free to use, including your installed fonts as well. 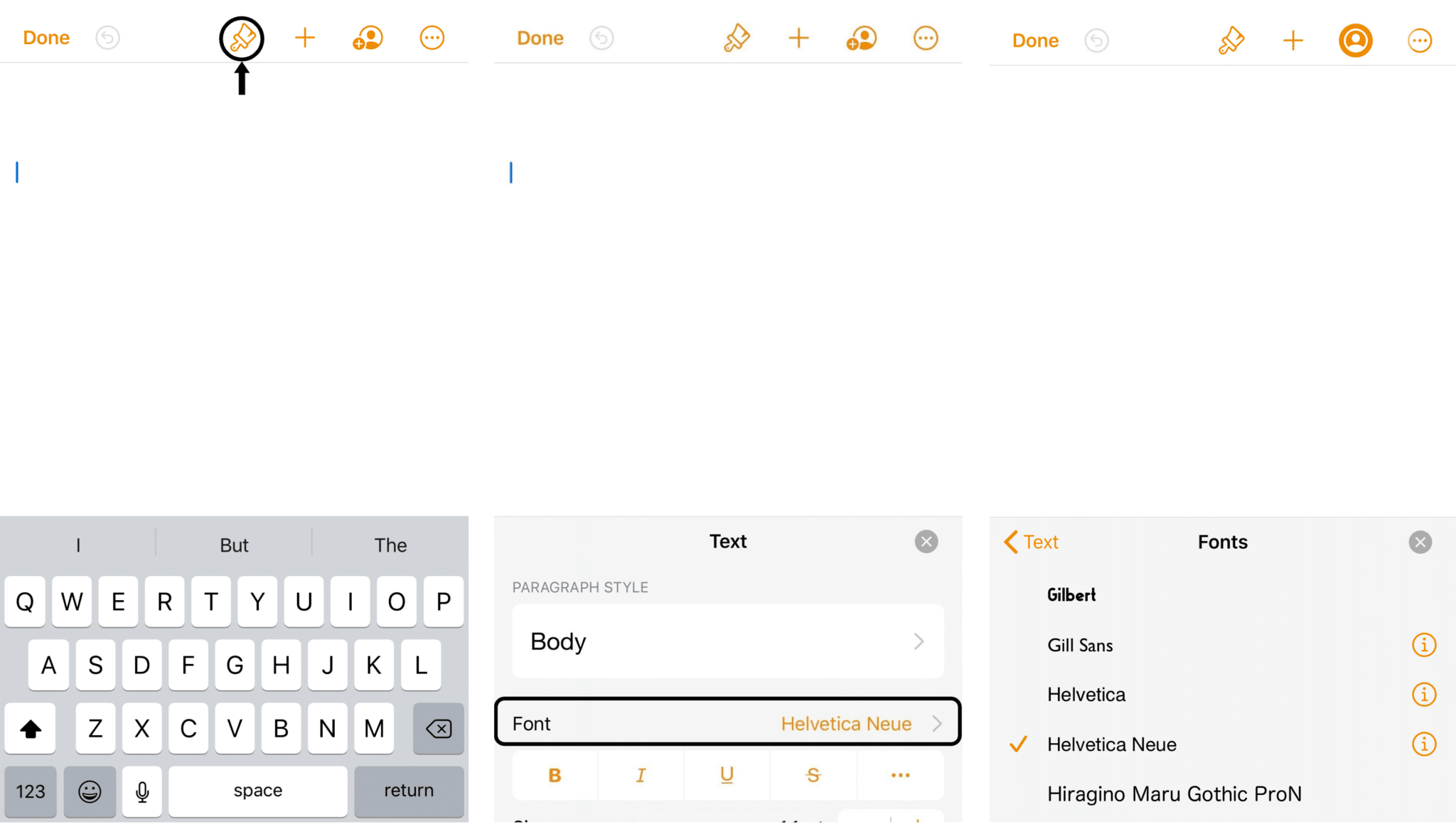 And you’re set. Type away…

In a nutshell, with these three simple methods, you can install new fonts that appeal to you the most on your IOS devices in a split second. Unfortunately, for now, you are restricted to only being able to utilize it on certain apps. However, we appreciate and are eagerly looking forward to this new approach from Apple, in creating more room for user personalization on IOS devices.

Besides that, this was a feature we haven’t seen in past IOS devices but was already a norm in the Android community for years. So it’s safe to say that it’s about time Apple considered releasing this anticipated feature, and we hope they continue working on it to improve its compatibility.

On that note, we do believe that custom fonts compatibility will reach more apps in the near future. Thus we feel, IOS users should jump on the bandwagon and begin experimenting with alternate fonts.

We sincerely hope you learned a thing or two from this guide. Do share this with someone whom you think needs to try a new font.