Switch to the dark mode that's kinder on your eyes at night time.

Switch to the light mode that's kinder on your eyes at day time.

Switch to the dark mode that's kinder on your eyes at night time.

Switch to the light mode that's kinder on your eyes at day time.

Want to know how to download and install the Parler app on your Android or iPhone? In this guide, we show how you can get the Parler app in just a few steps.

If you’ve been following the recent news, one story you might’ve come across is Parler getting banned🚫. In simple terms, it got booted off the major app stores (Google, Apple, Amazon), due to recent US political events. You can read more about this on major news networks📰, like CNN and Forbes.

Ironically, all this controversy around Parler has only served as marketing for the app, igniting people’s curiosity for the social platform. Even we couldn’t hold back to take a quick gander.

At first glance, it may leave you wondering:

Basically, Parler was intended as a “free speech” social networking platform, where users can get their news and interact with other users. Thus, Parler is sort of like Twitter 🐦, where Tweets are known as Parleys.

Nonetheless, we’ve found that not all news shared on the platform is political. In fact, we’ve spotted some notable Gaming, Sports accounts and various other niches as well.

However, any platform that promotes unfiltered free speech 💬 is bound to hold some opinions that’ll make you go “Woah! Back up”.

So, whether you’re a long-time fan of Parler or simply want to take a peek, you might wonder “How to get Parler?”.

Well currently, definitely not through the app stores. If you try visiting the Parler app page in the Google Play Store, you’ll receive the “Item not found” message.

Whereas in the Apple App Store, you’ll be prompted with the “App Not Available” message. 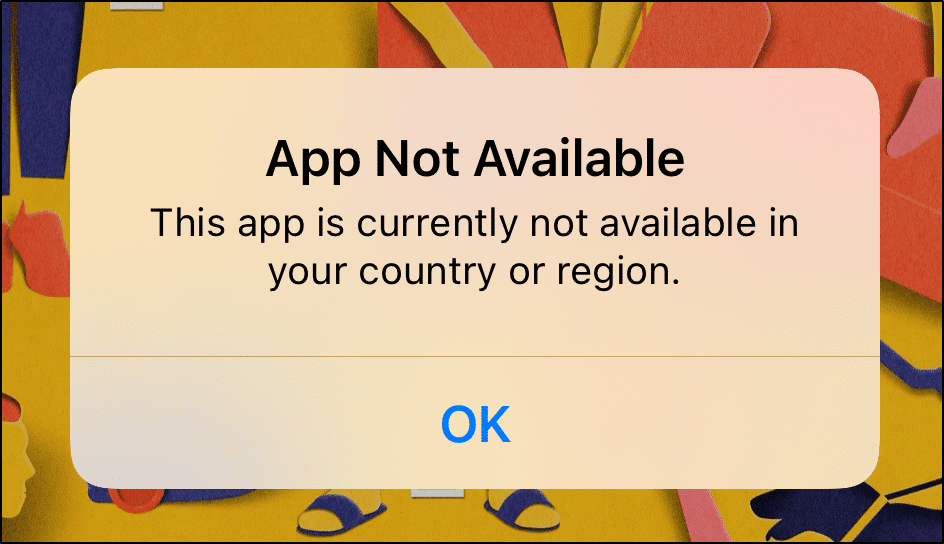 We aren’t entirely sure when Parler will be back on the app stores.

However, till then, this guide should help you download and install the Parler app on Android or iPhone/iPad.

Steps to Use Parler on iPhone and iPad

For Android devices, you can easily install just about any app, using its APK file. So, say a temporary goodbye to the Play Store, as you’ll only need a source for the Parler APK file.

For this, we recommend 2 options, primarily the official Parler site or Aptoide, a third-party app store. That way, if Parler temporarily takes down the file for some odd reason, you can check out Aptoide instead.

As the safer option, we recommend downloading the Parler APK file available on their own site.

If you couldn’t download the Parler APK through their official site, then you can turn to third-party sites instead. For this, we chose Aptoide, owing to its large user base and reasonable positive reviews.

Steps to Use Parler on iPhone and iPad

Sadly, unlike on Android, installing apps from third-party sources on iOS devices are more restricted. This is thanks to Apple doubling down on the security of their devices.

Therefore, unless you’ve installed the Parler app before the ban (or somehow have a time machine? 🤯), currently, you can’t get the original app.

But thankfully, the website, Parler.com, is still up and running. Plus, it’s perfect for use whether you’re on a PC or mobile device like your iPhone.

On that note, we propose that you save the Parler webpage to your home screen, giving you the same feel of the app.

So, to save Parler as a bookmark on your Home screen:

And Voila! The Parler “app” or bookmark should appear on your home screen, and you can just tap to open it.

To recap, despite Parler’s recent exile from the major app stores, there are still workarounds to get it. In this guide, we show quick and easy steps to get Parler for both Android and iOS.

Now all you need is to sign up for a Parler app, to use it, which is simple and guided. Also, you’ll need to use your phone number to create an account, perhaps as an anti-spam measure.

Overall, this should take you 2 minutes tops. Then, you can begin browsing through the sea of Parleys.

In the comments, let us know if you found these steps useful to download and install Parler.